Thank you Anita Bueno for this audio lesson to enjoy!

Reaching Out to More Communities 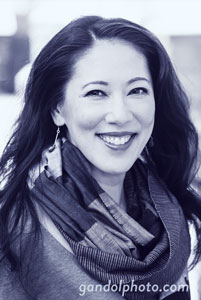 Thank you  Joyce Lu, Ph.D.for this video to enjoy!

Our purpose: To make Feldenkrais classes accessible to communities who have not had the opportunity to experience this work, including, but not limited to, younger and more racially diverse people. The transformative aspects of the Feldenkrais Method, which include improving self-awareness and finding a sense of well-being and empowerment, are the birthright of all people and should be shared as widely as possible. 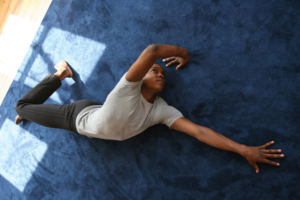 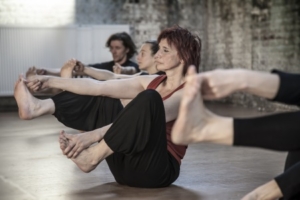 Bobbie Ueunten is one of the nine teachers for our project and her (free or pay as you can) class is Mon & Wed 2 pm Mountain time / Sat 11 am Mountain time Sign up link ~ Theme: Power of Play!

Bobbie’s class is part of Feldenkrais® Inclusion Initiative “Reaching Out to More Communities”: Currently we very much welcome anyone who is interested in helping with beta testing the sign up process and enjoy lessons through the calendar or website (no cost or pay as you can),  The project will focus on Students who are younger (40 or younger) or more diverse.

Feldenkrais® Inclusion Initiative “Reaching Out to More Communities” at feldenkraisinclusioninitiative.org

The tabs in this accordion lead to Resources including the following:

Here is a separate section on the student’s page with details on research themes and implementation, including student waiver and collaboration forms.

The sign-ups and profiles of the students will be tracked on our  Feldenkrais® Inclusion Initiative Organizational Metrics Sheet (you could request access if you are interested) https://docs.google.com/spreadsheets/d/1km1ebUUwZK2v1leKH13TAH_Ie0oCOcHLGTarB3nXbTA/edit#gid=0

Prospectus
Through our teaching, the Feldenkrais Method will be represented as a distinct profession. Thus, we support and clarify that Feldenkrais can become a viable step towards creating jobs working in local communities, institutions, and/or online.

*  We plan to foster professional ethics (including Professional Dialogue) among the Feldenkrais teachers in our Feldenkrais® Inclusion Initiative.

* We plan to promote and facilitate the education and training of persons who wish to become authorized practitioners and teachers of the Feldenkrais Method.

* We plan to promote, sponsor and conduct research in the Feldenkrais Method  Develop a Research Project including the study of the following the guidelines from Eveline Wu’s presentation at the 2012/2013 Feldenkrais conference: https://www.academia.edu/4360520/A_Proposed_Project_for_Practitioners_to_Write_Feldenkrais_Case_Studies

* We look forward to the March 2022 publication of notes from the January meeting of the
International Feldenkrais® Federation (IFF) Research Working Group (IFFRWG). (https://feldenkrais-method.org/research/research-w…_ /

* Thinking: Several of us spoke about thoughts for a research project in relation to Amherst Study Group  https://thinkinginmovement.ca/amherst/  and Feldenkrais® Inclusion Initiative   Reaching Out to More Communities. We look forward to your further thoughts fostering our next developments.

With appreciation and devotion to learning,
Katarina  for the Feldenkrais Legacy Forum
Katarina Halm, M.A.Feldenkrais® GCFP 1 604 263 9123 (Vancouver BC Canada)[email protected]thinkinginmovement.cafeldenkraisinclusioninitiative.org

Below is a list of teachers from different backgrounds who are currently teaching these Feldenkrais ATM® lessons!

Click on a teacher’s name in the calendar below to choose a class and see their website or special recordings.

When you first sign up for a class you will fill in a short intake form, and you may choose to create an account (there will an easy option button), and subsequent times you simply choose a class.

We bring support for new classes and new teachers.

*Let us know if you wish to teach a class.

About the Current Teachers:

A New Definition of Strength

Website
Thinking in Movement ~ a Community for Study and Practice

Cliff Smyth (2004) A Possible Typology of Case Studies in the Feldenkrais Method / References:

A Possible Typology of Case Studies in the Feldenkrais Method

Quoting from the paper:

Case studies are used in a great variety of fields and reflect a wide range of research methods, styles of reports, purposes, etc. A case study can be described as a study of a single system, person, event, program, etc. They may include qualitative, quantitative or a mix of different kinds of data. Moshe Feldenkrais was familiar with and often referred to thinkers who make powerful use of case studies and histories (including A.R. Luria, Konrad Lorenz, Sigmund Freud,

Charles Darwin, Jean Piaget, Milton Erikson, amongst others). He used ‘teaching stories’ extensively in his writing and in the tr aining programs he conducted in San Francisco and Amherst. The wonderful and informative book The Case of Nora (Feldenkrais, 1977) was just the first of a series of case studies he had planned.

Interestingly the early volumes of the Feldenkrais Guild of North America’s  Journal of the Feldenkrais Method featured many case studies. A few of these were also included in the IFF Journal, which published two volumes completely composed of case studies. Perhaps it is understandable, in those early days of practitioners (other than Feldenkrais himself) writing about the method, that they chose the narrative case study as an accessible form.

As a professional community it would seem that we still place value on case studies, and to some extent support a culture of writing case studies. This may be reflected in the fact that case studies are part of the requirements for advancement to become a teacher of Feldenkrais teachers

Observation and documentation are fundamental to the development of any practice, including science. The natural sciences are based on hundreds – or thousands –  of years of naturalistic observation before the development of the repeatable studies, sophisticated instrumentation and the formulation of the laws we associate with the ‘hard’ sciences. It is hardly surprising that the typical narrative case study, with its emphasis on observation and description, was a common form in the early days of our reflection on the new kinds of human knowledge generated by the practice of the Feldenkrais Method.

From the notes
…
References:

Cliff Smyth writes:  “In preparation for this presentation and article I read all the published case studies from all editions of the Journal of the Feldenkrais Method and the IFF Journal up to 2004. Other references include:

Editorial: Catching Up, and Moving Ahead

You could read or download the article at https://www.academia.edu/29112271/Editorial_Catching_Up_and_Moving_Ahead?email_work_card=view-paper

“Eight years have passed since the publication of the first four volumes of this Journal. It is not without irony that these have been some of the most productive years of research and scholarship in relation to the Feldenkrais Method®
This period, from 2008 to 2016, has seen significant developments in terms of research carried out, the quality of that research, and the publication of research, along with much progress in thought about the nature and possibilities for Feldenkrais-related research. The aim of this Editorial is to catch the reader up on Feldenkrais ®  research and thinking about research in relation to the Feldenkrais Method. It aims to provide a context for this Journal – in the process of moving ahead, I will:
(a) introduce the articles that can be found in this volume of the
Feldenkrais Research Journal
(b) include a brief discussion of the factors that have influenced the burgeoning of Feldenkrais research in this time period
(c) review some of the published research from this period, including outcomes research, research reviews, new thinking, and writing about Feldenkrais in relation to motor learning, attention, affectivity, and intersubjectivity
(d) provide a brief introduction to emerging frameworks from philosophy and the social, psychological, movement, learning, cognitive, and neurological sciences that may be useful for understanding a practice like the Feldenkrais Method(e) reflect briefly on what all of this means for the kinds of knowledge that are valuable in understanding the Feldenkrais Method in all its wide applications.
A quickening
A number of factors and phenomena are associated with a rapid increase in the volume and quality of Feldenkrais research writings. These include:
*  more Feldenkrais practitioners undertaking advanced academic degrees in a number of fields
* the building of more, and stronger, links between the Feldenkrais Method and academic research institutions – links initiated by both Feldenkrais practitioners and interested academicians and researchers
* a growing interest in the body and in an embodiment, somatics, movement, mindfulness, consciousness and their connections – from the fields of creative practice, health care, and the learning sciences, as well as cognitive science and neuroscience
_____________________________________________
Credit: Introduction and Editorial • Feldenkrais Research Journal, volume 5  (2016)

(2011)  A Proposed Project for Practitioners

A Project for Practitioners to Write Feldenkrais Case Studies

You could read the poster at  https://www.academia.edu/4360520/A_Proposed_Project_for_Practitioners_to_Write_Feldenkrais_Case_Studies

I. Will you send reminder emails for the classes?

You will receive an email reminder 24 hours prior to and 1 hour prior to the class with Feldenkrais® Inclusion Initiative!

a) NAACP Boulder CO Education Committee Meeting Third Monday of each month / next will be March 21, 6:30 pm –7:30 pm Mountain Standard Time, please click for your time

b)  The link to sign up for NAACP Boulder CO membership is https://naacpbouldercounty.org/join/

c) the NAACP Boulder CO newsletter can be found at https://naacpbouldercounty.org/resources/#newsletter/.

III. What are the forms I need to use to signup for lessons?

Here is the link to all our classes. Click the link for the teachers and classes you choose.

You will receive an automatic confirmation of your class registration.

Please include any additional questions on the sign-up form.

IV. What is The Feldenkrais® Legacy Forum (FLF)

Quoting from the document linked above:

The Forum is now open to the entire membership. As of early 2021, the Legacy Forum Committee (LFC) has held two community-wide Zoom sessions sharing what had been learned about the issues.  Working Groups formed to begin the task of developing projects focusing on:

·      Finding new ways to bring our work to the public

·      Examining the effectiveness of educational structures and policies

·      Envisioning the Feldenkrais Method for the 21st century

The current Working Groups are:

Participants of these groups include members from the Feldenkrais Community at large. Communication and decision-making are based on the principles of respect and the importance of all voices being heard. Anyone concerned about these issues is welcome to join.